Recently I have been wandering my city with a camera and sketchbook, looking at the ways our use and design of spaces speak about what we value.

Seeing often requires unhasty attention, or training, or both.  I can't claim to have training in architecture, but I am trained in semiotics, and I suppose some of my grandfather's years as a toolmaker and my father's career as an engineer have rubbed off on me.  Whatever the cause, I care about design. 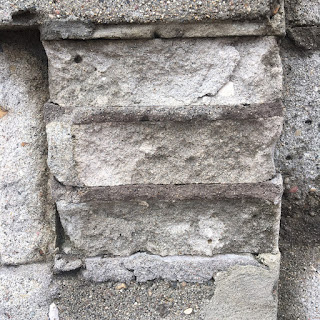 The ancient story of the Tower of Babel (found in the eleventh chapter of the Book of Genesis) is also a story about design, and semiotics.

It's also a story worth unhasty attention. One hasty version goes roughly like this: everyone on earth shared a common language and common vocabulary. The people, moving to a new place, decided to build a tower to heaven, so they baked bricks and began to build. But they did not finish it; their language became many languages, and they spread out in many directions, divided from one another. 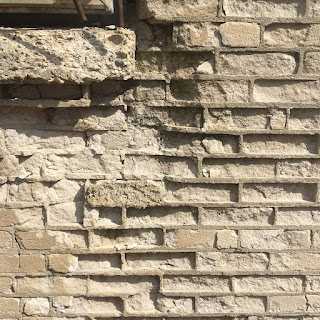 The Bible has a number of stories like this, short tales that seem to be making some simple and clear point.  But as we ponder them unhastily - which is what theologians often do - we become more aware of how little we know.  The obvious becomes the obscure, and the quotidien becomes mysterious.

A simple story becomes an invitation to slow down even more, and to consider.  Selah, it says to us.

At first blush, the story of Babel appears to be a story of human hubris, and of God frustrating that hubris.  It could be a simple parallel to the expulsion from Eden, or to the flooding of the earth in the story of Noah: there are limits, and if you transgress those limits, you will make your lot in life worse. 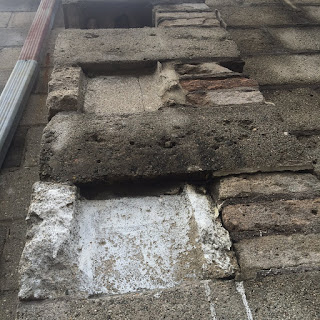 Lately, as I've slowed down my reading, I've been noticing something else: the bricks.  The Bible does not often talk about the ethics of technology.  There are passages that speak of things like the ethics of weaving, of sharing resources, and of the production, preparation, and distribution of food.  But there are not many passages that name a particular human invention in the context of ethics. One of those inventions is named in several places: bricks.

The passage in Genesis 11 talks about bricks as a substitute for stone.  When I was young I often worked as a stonemason and bricklayer.  That experience may be what draws me to this passage.  Bricks are easy to make, and easy to cut.  We can standardize them, which makes building walls much faster.

The downside of bricks is related to their upside: they're easy to break, or to cut, or to erode.  They don't last as long as stone, and if they're not well-reinforced, they are not as resilient against natural disasters.  Some ancient stonemasons figured out how to cut and lay stones that can be jostled by an earthquake and then settle back into position, but bricks often collapse when the ground shakes beneath them. Bricks are easy to use, but they are not as reliable as stone.  In comparison to many kinds of stone, bricks are a short-term investment.

This makes me wonder: what was the problem with the Tower of Babel?  Was it the fact that the people were trying to build a tower to heaven?  Or was it that they were trying to build one badly, or cheaply, or fast?  Was it a problem of hubris, or a problem of materials and design?  Genesis 11 does not answer that question directly.  It leaves it as an open question for us.


Which is just what we should expect, if Genesis 11 conveys any truth.  Think about this: how would this story have been told before the Tower of Babel was built?  If the story is right, then before the Tower was built, the story would have been told in a language everyone would understand.  But now that we have tried to build it (whatever that means) the story must be told in words that are confused, for people who are scattered and divided and who do not share vocabulary.

To paraphrase this: somehow, our use of bricks resulted in making it harder to connect with one another. And it's not clear how.

But somehow, it is a story that hundreds of generations have found worth repeating, even if our words fail to say with precision why that is so.

Maybe, just maybe, it has something to do with the way we continue to build walls of bricks.  And what those bricks say about us, and what we value. 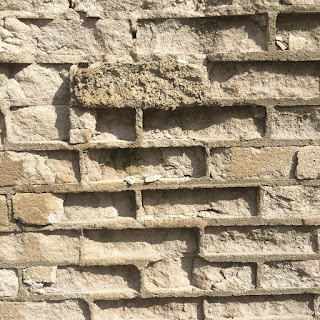 Since writing this, I started reading Christopher Alexander's book, The Timeless Way of Building, recommended to me by some friends in Sioux Falls.  This line in particular stands out as serendipitous:

"But in our time the languages have broken down. Since they are no longer shared, the processes which keep them deep have broken down: and it is therefore virtually impossible for anybody, in our time, to make a building live." (New York: Oxford University Press, 1979) p. 225