Do You Know The Phase Of The Moon? 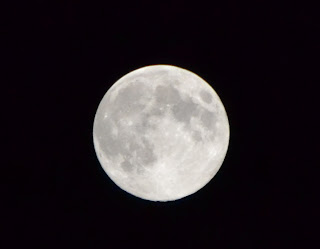 I like to begin my class on ancient and medieval philosophy with two questions: (1) Do we know more about the moon than they knew five centuries ago?  (2) Do you know what phase the moon is in right now? 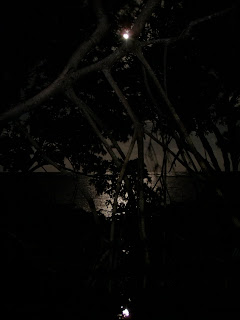 Of course, most of us would say "yes" to the first question, and with good reason.  After all, we've been to the moon several times, and we've brought samples back.  We have remarkable technologies for remote sensing.  The sciences have gone beyond what most people even a century ago could have imagined.

The second question might be harder to answer without looking up the answer somewhere.  When I ask my students, usually none of them know the current phase of the moon.  A recent facebook poll I gave my friends yielded many more positive replies to the second question.  Not a very scientific poll, since it might be that many who did not know simply chose not to reply out of shame.  Still, fewer than half of those who replied said they did know the moon's current phase.

I can think of no reason to be ashamed of not knowing the phase of the moon.  Most of us have no need to know it, and I don't ask the question in order to scold my students, but to point out something about how our knowledge has changed. It seems likely to me that five hundred years ago many more people would have been aware of the phase of the moon.  Children who play outside, farmers, fishers, sailors, and soldiers all wind up depending on the moon, or at least having considerable exposure to it.  Today, very few of us have reason to notice it, because our lives have changed so much. 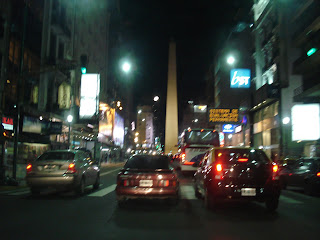 This brings me back to my first question: do we know more about the moon today than they knew five centuries ago?  In one sense, the answer is still obviously "yes."  But in another way, it has to be "no."  Most of us (myself included) don't pay much attention to the moon.  Our knowledge of its phase is not the knowledge of familiarity but rather confidence that, if we needed to know, we could look it up somewhere.  We have confidence in the knowledge of our community, and of its possession of data.

Which leads me to a third question: Is it enough to know that someone else knows the answer?  Sure, we don't need to know what the moon looks like right now.  But if you haven't taken a little time to stare at it lately, you might have forgotten something worth knowing: the moon is beautiful.  Go have a look.