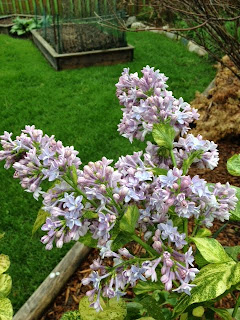 I'm posting these photos in preparation for a summer course I'll be teaching abroad, testing how easily I can make posts through my phone.
Posted by David O'Hara at 3:55 PM No comments:

Friends With Benefits: On Collaboration In The Humanities

John Kaag and I wrote this article together.  Which is what the article is about: collaboration in the humanities.  A brief excerpt:


"Collaboration in the sciences makes good sense: Two of us can see more, and more clearly, than one of us can. Together we can correct one another's work, share our experience, and if all goes well, advance human knowledge. But ask a tenure-and-promotion committee just about anywhere in the United States, and you'll learn that admitting to collaboration in the humanities is like admitting to doping in the Tour de France. Everyone does it, but woe to the one who is caught."

Read it all here.
Posted by David O'Hara at 7:08 AM No comments:

Popper On The Gift Of Wonder

“My first thesis is that every philosophy, and especially every philosophical ‘school,’ is liable to degenerate in such a way that its problems become practically indistinguishable from pseudo-problems, and its cant, accordingly, practically indistinguishable from meaningless babble. This, I shall try to show, is a consequence of philosophical inbreeding. The degeneration of philosophical schools in its turn is the consequence of the mistaken belief that one can philosophize without having been compelled to philosophize by problems outside philosophy—in mathematics, for example, or in cosmology, or in politics or in religion, or in social life. In other words my first thesis is this: Genuine philosophical problems are always rooted in urgent problems outside philosophy and they die if these roots decay.  In their efforts to solve them, philosophers are liable to pursue what looks like a philosophical method or technique or an unfailing key to philosophical success.  But no such methods or techniques exist, in philosophy methods are unimportant, any method is legitimate if it leads to results capable of being rationally discussed.  What matters is not methods or techniques but a sensitivity to problems, and a consuming passion for them, or, as the Greeks said, the gift of wonder.”

-- Karl Popper, “The Nature of Philosophical Problems,” in Conjectures and Refutations: The Growth of Scientific Knowledge. (Routledge, 2002) 95. (Boldface emphasis mine.)
Posted by David O'Hara at 1:52 PM No comments: